The view we saw for the first time in 10 months 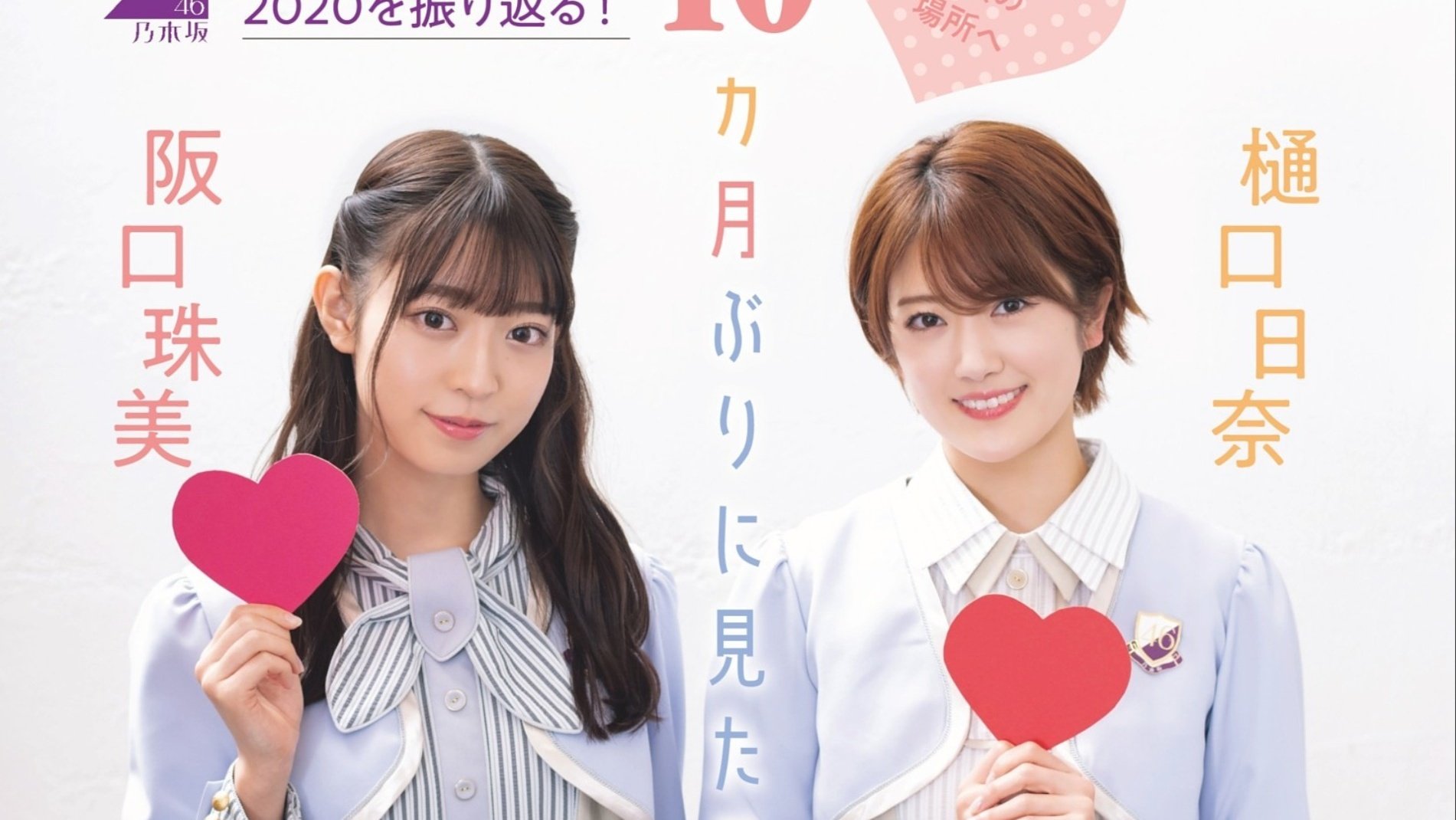 Translation based on original article from Ex Taishu Februari 2021 issue. Please support the group and the magazine.

Last December, the first Under live show since a year was held at Budokan. For Nogizaka46, it was the first show with a live audience since the Birthday Live shows in February that year, but because of Corona, there was also a live stream.

There was a continuous ventilation, the audience seats were separated and chants were prohibited, but the Under live show passion was certainly there.

Sakaguchi Tamami, who stood at the center of the Under members as their leader, and Higuchi Hina, who continued to watch over and support them, talk about their memories of those days.

“I can sympathise with her because we are alike, and I think she’s wonderful”

Sakaguchi I’m just grateful we were able to do the Under live shows which are my favorite, it made me truly happy. I’m always fired up, but this time I had a strong feeling that I’d be able to express all my emotions.

Higuchi It was a different situation than before, so to be honest, I felt like I couldn’t do it. When the audience couldn’t let themselves hear, I was worried that we could not create the passionate atmosphere that is unique to Under live shows. However, when it started, we were able to receive the enthusiasm of the audience, and it became a show that made me think how great the Under live shows are, so I was glad I did it.

It was the first show with a live audience after 10 months.

Sakaguchi “This is what I want to see!”, I thought. The audience was sparkling, and when I saw that, I felt sparkling too.

During the Under live show 2020, I was drawn by Miss Sakaguchi’s performance when centering “Sankaku no Akichi”.

Sakaguchi This time, I felt the most pressure doing “Sankaku no Akichi”. I think that only (Nakada) Kana-san is able to give those bewitching and powerful expressions, so I was struggling every day to find out how to express myself while incorporating those good points.

Previously, Miss Nakada said, “Tama-chan is able to perform it with care.”

Sakaguchi No. When I dance, I become weak.

Not at all, I think your graceful dance matches “Sankaku no Akichi” well.

Sakaguchi Thank you. When I look at it like that, I think I could make use of the experience of watching the live appearances of my senpai.

Miss Sakaguchi, you used to say, “When I am dancing, I can be a different person.” Is that still the case?

Sakaguchi Yes. During these lives, I feel uneasy when I MC or something like that, but when the song starts and I am dancing, those feelings go away and I quickly enter the world of the song, which I can perform in my own way.

Miss Higuchi, what is your point of view regarding Miss Sakaguchi’s performance?

Higuchi Tamami remembers things quickly and accurately, and she is also working hard at home. When it comes to performing, she doesn’t feel anxious about doing it right. Also, when I was doing Under live shows as the center, it was really a lot and I remember crying all the time, but I think it’s amazing that Tamami didn’t feel that restlessness. She doesn’t spread anxiety and tension around her.

But Miss Sakaguchi, is there also the feeling that you don’t want to show your weakness?

Sakaguchi Yes there is, and even if I originally wanted to convey it to others, I couldn’t express my emotions. But Miss Hinachima noticed it.

Higuchi It was at the end of day 1. It looked like Tama-chan was reflecting, and I wondered if she was okay. Tamami always does things gently, and because she is fighting alone, there are also things that start to worry her.

Miss Higuchi, I think you have that side as well.

Higuchi That’s right. That’s why I can sympathize with Tamami, and I think she is wonderful.

Sakaguchi Since the beginning, Miss Hinachima has been an influence to me. When I just joined Nogizaka46, I read a comment from the members in a magazine that said “Hinachima is in the lesson room earlier than anyone else and is practicing in front of the mirror.” “As expected!”, I thought.

Miss Higuchi, is that information true?

Higuchi I think that was especially the case in the early days. Some of the girls have it right in one go, but I don’t. I’m the type who feels uneasy if I don’t prepare properly.

Miss Higuchi’s center songs “Dare Yori Soba Ni Itai” and “My Rule” were always good, but when I saw the performances this time, I was impressed, thinking how good these songs are.

Higuchi This time I was able to prepare more than usual and perform with confidence. I used to focus on being an idol, but I think it was also a big part of my experience from outside jobs that made me go back to the origins of those songs. It felt like I was performing in a play.

I wonder if you are also able to keep your motivation because you have outside jobs.

Sakaguchi I am loving them over and over. There is an atmosphere that only Miss Hinachima is able to create. I’m grateful that I have such a role model near me. I want to become someone like Miss Hinachima someday.

Higuchi That makes me so happy (smiles).

Miss Sakaguch said during her audition that she is a Miss Higuchi oshi, right?

Higuchi When I heard that, I was really happy. You often hear the names of Maiyan (Shiraishi Mai) and (Saito) Asuka, but there are also girls that mention my name. I also talked about it during the live show, but it became food for the mind for me.

You heart might be broken if she changed oshi along the way (laughs).

Under center because of space power?

Miss Sakaguchi, you are the center of the 26th single Under song “Kuchi Hodo Nimonai Kiss”. What did you think when you first heard about it?

Sakaguchi I really couldn’t believe it, “is there some kind of mistake”, I thought. It’s a position I admire, but now that it happened, I’m really anxious that I am not able to pull it off.

Where were you able to change your mind?

Sakaguchi During the Under live rehearsals, I felt carefree about it, but as the performance approached, I strongly realized that I couldn’t stay like that standing on the stage of Budokan.

“Kuchi Hodo Nimonai Kiss” is a song with a cute style, right?

Sakaguchi It surprised me because up to now, the Under songs are dance heavy songs. However, everyone says it suits me so I am happy.

During the MC, Miss Sakaguchi said “No matter my position, my efforts will be the same.”

Higuchi Hearing those words really moved me. Tamami is wonderful for saying such things.

Sakaguchi I’ve seen all my senpai shine for a long time, and I also want to become like that. I am working hard, believing that there are people who will see it, and I would like to continue to do so.

Miss Higuchi, who is positioned right behind Miss Sakaguchi, is like a mother watching over her, which surprised me.

Higuchi I was happy to see the beauty of Tamami from behind. I think it’s a meaningful position that the staff thought about.

Higuchi I love it as well. “I’m coming, I’m coming”, I think while we are dancing (laughs).

Miss Higuchi, you are a young 1st gen member, so you may have been pampered, but now I think you are more likely to be in the position of an older sister.

Higuchi When members like Seirarin (Nagashima Seira), (Ito) Marika and Sayu (Inoue Sayuri) where performing in the Under live shows, I relied a lot on them for both the MC and the performance, but I realized that I was becoming older. Now I feel like I have to lead.

You did MC this time as well, and I thought you were able to turn things.

There were moments during the first two days when you cried as well.

Higuchi There were. People are saying I am becoming like Maichun (Shinuchi Mai) as I get older (laughs), but I don’t quite get it.

Did all the memories up to that moment weaken your lacrimal glands?

Higuchi (Ito) Junna said that it was because of all the hard work we have done, and I thought that might be the case, but it were amazing tears after all.

The performance was amazing, so because of those tears, graduation rumors came to be.

You totally denied the rumors during Nogiobi though.

Higuchi It seems that it was started shortly before the Under live show, but I thought, “that’s definitely not the case.”

You said you were able to open up about your emotions on that Nogiobi.

Higuchi I didn’t express much emotions before, I didn’t talk about myself, and I was the type to decide things by myself. I think I am similar to Tamami in that regard as well. It’s only recently that she’s been able to say what she thinks and cry without worrying about anything.

You didn’t cry on the 3rd day.

Higuchi It’s no good after all (laughs). I endured it properly.

On the other hand, Miss Sakaguchi did cry on the 3rd day.

Sakaguchi “I have to resist, I have to resist”, I thought, but I never felt so many emotions before, and being surrounded by the kindness of the other members, I burst into tears during “Nogizaka no Uta”.

The 3rd day had a challenging setlist with 30 nonstop songs.

Sakaguchi It was physically difficult, but being able to perform a lot of my favorite Under songs was relieving, and I was happy that I could feel the “This is Under live!” sentiments of the fans.

Higuchi The sense of accomplishment was amazing. There was the Under live feeling, so I didn’t mind if I sweated or my hair was disturbed, and I felt once again how wonderful it is to give it your all.

Sakaguchi I was surprised because the date was the same as the first live show I saw in Budokan, and I thought that it might be fate. Because it is not a given to be able to perform live in Budokan, I am grateful to many people and I hope I can be performing in Budokan again.

Sakaguchi I’ve always felt I should make progress, so I’m thankful for becoming Under center. I would like to take advantage of this chance to develop myself this year.

Maybe the space stickers that you received on “Nogizaka Under Construction” (TV Tokyo) had some effect as well.

Sakaguchi It’s amazing right! If you think about it, things might have changed since I got those stickers.

Higuchi Now that you mention it… (laughs)

Sakaguchi Because I put one on my smartphone case, it’s constantly blessing me.

Higuchi I think the shooting of “Kyojo 2” was a turning point in my life. I became a new me. Seeing the wide world gave me confidence, and it might have relieved me from my doubts. In 2021, I don’t just want to look what is in front of me, but also what lies beyond.

Buy me an ice tea! 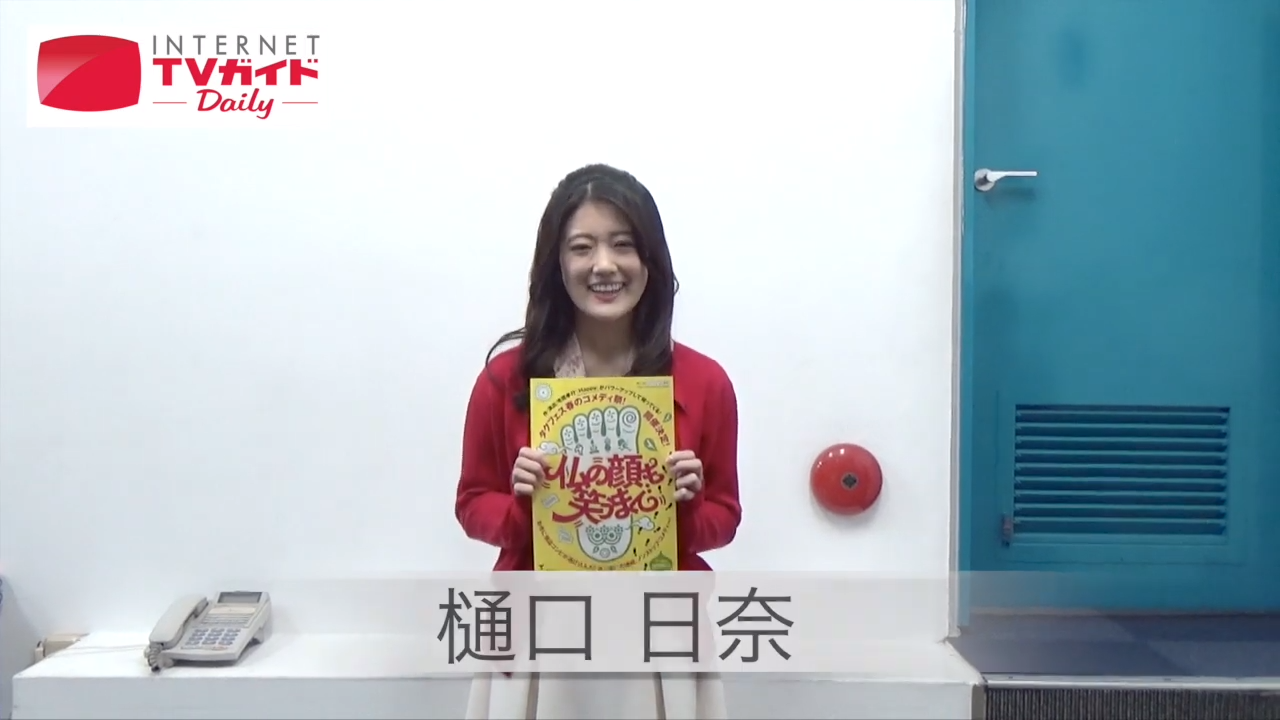 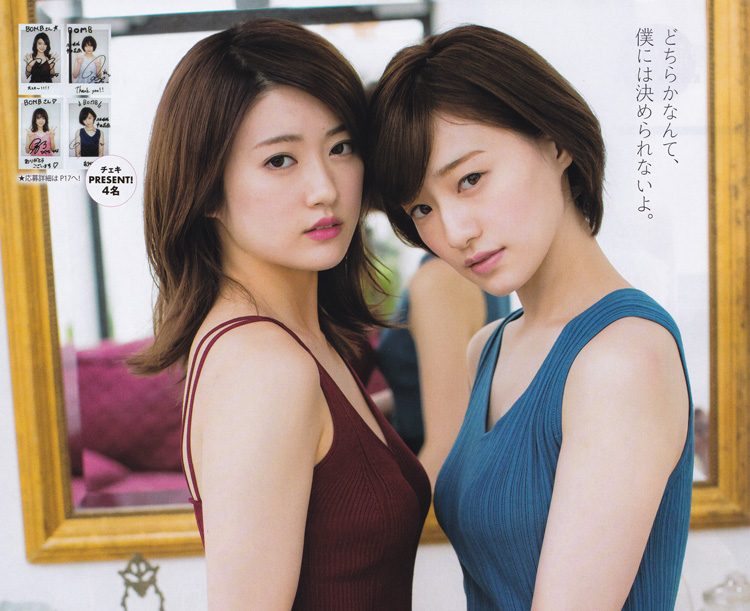