The motivation to become an actress after graduating from Nogizaka46 and her thoughts on starting her solo first year.

At the end of October of 2022, Higuchi Hina graduated from Nogizaka46. The drama “Kariage-kun” that will start on the 7th of January will be her debut as a solo actress. She is determined to become an actress who will be admired by her juniors in the entertainment industry, and we asked her about behind the scenes of the drama shoot, and how she feels after graduating from the group, of which she says, “It’s a battle with myself.”

The role of a temporary office worker, with a job hunting student’s hair color

The drama “Kariage-kun” is based on the manga of the same name by Masashi Ueda, who is known for four-panel comics such as “Kobo-chan” and “Furiten-kun.” It has been loved during the Heisei and Reiwa generations and the drama will be the first live-action of it after 42 years of serialization. Tozuka Junki plays the lead role Shota Kariage. Higuchi plays the role of the heroine Kiyosui Hana, a temporary office worker, which is a character unique to this drama.

Earlier, I witnessed the photo shoot before the interview, and I thought that you looked very happy, like a sun smiling much more than you do on television.

Really!? I might be more fired up than the sun (laughs). 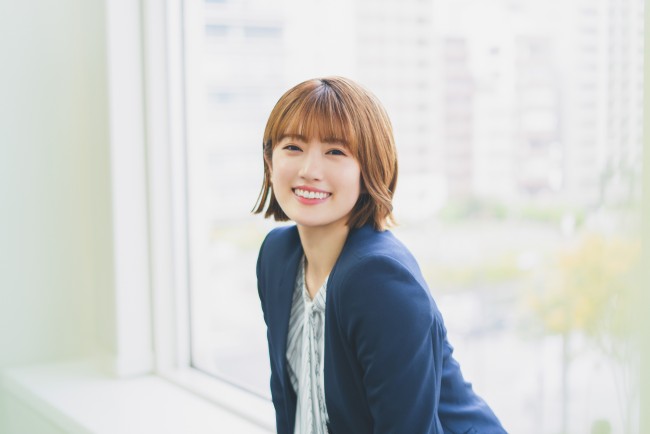 (Laughs). So, after graduating from Nogizaka46 at the end of October 2022, you made your debut as a solo actress in this drama. I have one question before we talk about that. How did you experience the day after your graduation ceremony? Did you bask in the afterglow?

I went back to my parents’ house and had a “thank you for everything party” with my family. But the day after I graduated, I started to feel sick to my stomach… I bought some sushi to eat with everyone, but my stomach was upset even before I ate it (bitter smile). Mysteriously enough, I never got sick during my time as an idol. I’m quite sure it happened because all the tension was released at once. However, when I started working again, my health improved.

It’s the proof that there was both a great responsibility and pressure, right? Well, let’s get to the main topic. How do you feel about playing the role of Kiyosui Hana, a newcoming office worker, in a live action drama based on a production that is being loved for many years?

Because this role is unique to this drama based on a production that I’ve known all my life, I was nervous about being able to get used to that. Hana loves Korean dramas, and she doesn’t show her individuality, or rather, she seeks stability, for better or worse, which I think is something of our current generation. When I read the script, I thought that assistant manager Ota (Noguchi Kaoru) and section chief Kimura (Iwaigawa Iwai Jyonio) still retain the atmosphere of the Showa era, while Hana is the one to confront them. Because I can relate to her feelings, I acted as a faithful representation of myself in order to give a realistic reaction to my unique and interesting co-stars.

I believe that filming in an office setting was new for you as well?

I rarely have the chance to wear a suit, and the most impactful were the heels. Female office workers spend a lot of time wearing heels which struck me as being quite challenging. I thought it would be okay if I wore them privately as well, but I couldn’t get used to shooting with thin heels and my feet became tired (bitter smile). My hair color was also dark during the shoot, and the hairdresser who was in charge told me, “Since you are playing the role of a new temporary employee, I’ll make your hair color more like that of a job-hunting student”. I feel the joy of being an actress who can experience things that I will never have in my real life.

That gives a good impression of the circumstances during the shoot. By the way, in the story, your character is swayed by Kariage-kun’s outrageous behavior, but what would you do if you encountered a similar situation in real life?

Higuchi: What would I do… (laughs). I think I would find it interesting. I want to look inside the minds of those who do things I cannot do or do things I wouldn’t even think about. Even though I might be surprised because of the other person, the other person could also be surprised because of me, since they are living according to their own feelings. Everyone has their own sense of values, and I think there may also be people around us who are hiding those.

In the future, I want to become an actress who is thought of as ‘amazing’ by my juniors. 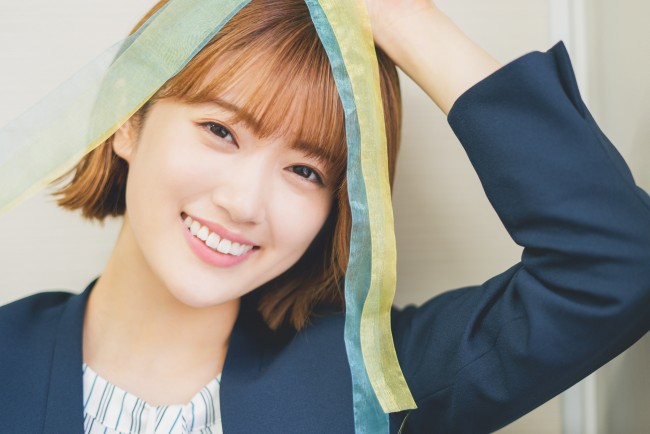 During your time as a member of Nogizaka46, I had the impression that you put a lot of effort into acting work. After leaving the group, do you think your desire to continue as an actress in the future was strong?

Originally, I took the Nogizaka46 audition because I had the vague yearning to enter the entertainment industry, but as I received acting work, I became more and more motivated to try out various roles. Some people say that the 11 years I spent in the group were long, but I also want to work hard and have a long career as an actress from now on. There are many roles that can only be done as I get older, and I would also like to try playing mother and grandmother roles someday.

In the past, I saw Ms. Arimori Narimi, who co-starred with me playing the mother and child role in the stage play “Hula Girl” and I thought that she was amazing. As I get older and my career progresses, I want to work hard to become an actress with depth so that young people in the industry will think, “That person is amazing.”

Similar to Hana, the temporary employee you play in the drama “Kariage-kun”, its your first year as a solo actress. How is your sense and attitude towards work after leaving the group?

I think it’s a battle with myself and my own responsibility. I’ve started to enjoy thinking, “How far can I spread my wings in this new job?” Also, to all the fans who have supported Nogizaka46, to the members who are still working hard, and to the staff who are involved, I want to do my best so that they are proud of me.

When I was watching graduations before, I had a strong sense of protecting the group, but after my own graduation, I pressured myself in a good way to excel so that the members would say, “That person was in Nogizaka46”. However, I’ve been saying “I am Nogizaka46’s Higuchi Hina” every time I introduced myself for 11 years, so I still feel like I might say that even now (laughs).

I feel the history (laughs). In your final blog announcing your graduation, you said the reason for your decision was that you wanted to make a determined choice. Is that determination still there?

I’m not one to waver once I have made up my mind. When I joined as a first generation member at the age of 13, I somehow thought I should continue until I’m 26-27, which is about half my life. But when the group celebrated its 10th anniversary, I asked myself, ‘What will I do from now on?’ and I realized that I didn’t want to end my career with only feeling the accomplishment of being in Nogizaka46 for more than half my life.

That vague goal didn’t fit me and made me feel uncomfortable, and when I realized that I wanted to express myself more and that I wanted my supporters to be able to see me for a long time in the future, the decision to graduate was one of my intentions. From now on, I think I need to have a strong will, like “I’ll try doing this because I want to do it this way”, or “I’ll try doing this because there’s something after this”, instead of doing things without knowing why.

Thank you for answering the interview with a bright smile. I’m looking forward to your future activities!